A new message was received suggesting the Grand master was again constructing an evil TOWER OF DOOM. Later the grand Master also hijacked a goonies Instant Messaging device in order to announce to the group that he had combined the Narcadon SKull with the Tower and would use it to wipe us off the island.

More information was gathered from some Goony explorers who discovered clues in a bottle that lead to a floating treasure chest. They Discovered the true identity of the Grand Master, and that he had tried to use the skull once before 100’s of years ago and failed. 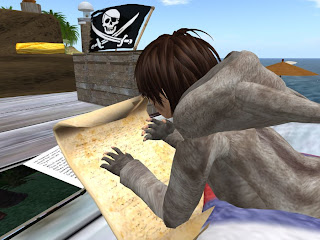 So The goonies stood on Nemo Beach fearlessly waiting for the final fight to begin!
The Battle raged for almost an hour and the Tower was badly damaged and smoking, but suddenly the whole island just vanished and many found themselves on the docks of whippersnapper looking out to what looked like a giant wall of pulsating energy. No matter what we tried (even shooting giant toast at it) we could not get past the energy wall and back into goony island…..
The Island it seems, is gone! 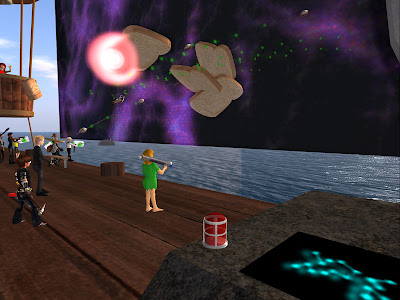