This is my final post at looking forward. First parts i expressed thoughts on Simplification then discoverability as being areas Second life would deal with in future.

This time Im thinking about content. There was that moment three years ago when M Linden left, the Lab cut staff and blogs were predicting all sorts from SL closing down to being bought out by AOL. As it turns out it was not the end, but a new beginning where a new CEO was appointed and Mesh arrived injecting more freedom for creators.

I used to think this was the start of the ‘Second Age’ of Second Life but three years later I’m now starting to think thats not true. Instead I’m looking at the time since Rodvik arrived as the ‘Dark Ages’ of Second Life, a transition period between two eras. It’s been a time where people are learning to use new tools and break old habits. Its also been a time where new grid stability initiatives have been and still are in the pipe line. This isn’t the ‘Second Age’ of Second Life yet, but we are getting closer.

Perhaps ‘dark ages’ is not the right term, perhaps this is Second Lifes ‘Age of Light’ where it’s users become more attuned to what causes the lag and instead of berating Linden Lab for poor performance, they share with each other the tricks and know how to make better shared spaces on the grid. I’m pretty sure lag at SL10B was at much tolerable levels than any previous year thanks in part to improvements to the grid but also because the organisers had the skills and knowledge to keeps things moving from how people arrived at SL10B to messages about what best to wear and script management.

Around the corner will be the results of many Lab projects, wether they bring the stability and usability they and we all hope is what we’ll see during the next year. I feel we are still at the tail end of this transitioning time and that we’ve still yet to see the truly awesome results of users harnessing the new tools of Mesh, Experience tools and Materials combined with knowledge of the platform.

Im looking forward and I’m STILL as enthusiastic as ever for whats to come. ‘Oculus FTW!’ 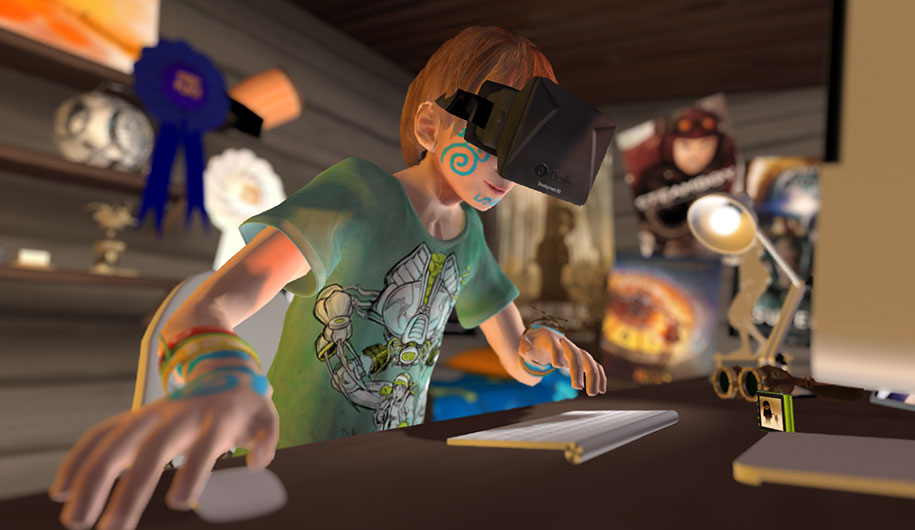