Im getting  a bit quicker at making mesh buildings now due to learning enough tricks with duplicating and using multiple parts of a texture. The original had a buig sculpty rubber duck on it that would appear as a big blob for ages before loading. Coming in at 41 land impact with a display cost of 15000 i was hoping to create something at least half the landimpact with mesh. 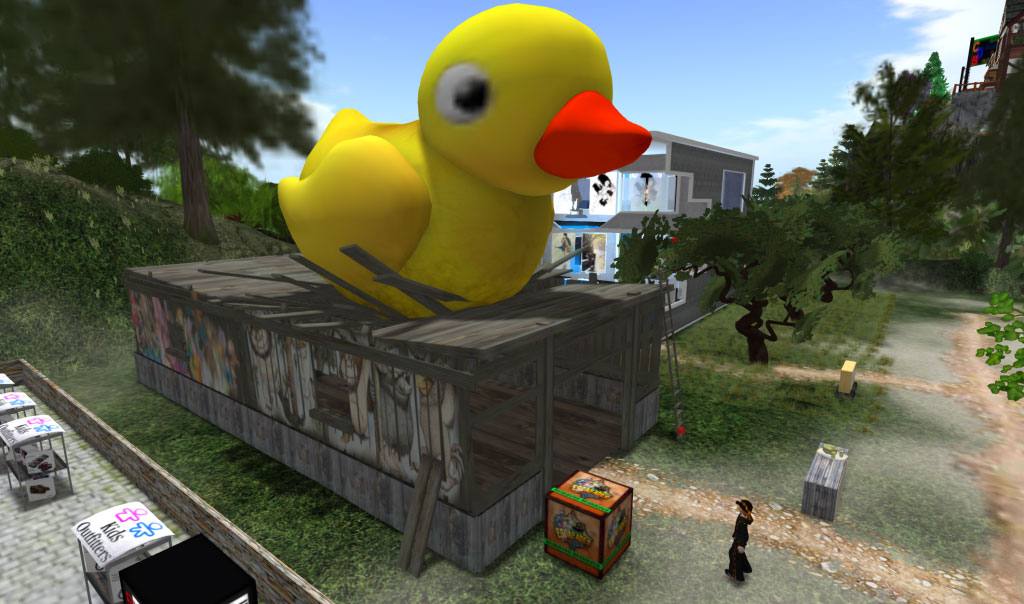 The New Mesh version finally came in at 25 landimpact with a display cost of 8923, better texturing but overall is almost identical to the original. The Rubber duck is a bit more cute and looks more worn by the weather.

Along side finishing the Rubber Ducky, i also discovered a service called ‘SketchFAB‘ which allows you to create a portfolio of 3D models online complete with textures that people can see in their web browsers as long as it has WebGL activated.

This is a great way for me to show you exactly what i’ve been working on, and it also could be useful on SL marketplace if people want to quickly see a virtual world object in 3D.