The addition of Mesh was a revolution in SL and many probably haven’t noticed this due to the slower than expected uptake of mesh as a creation tool. Through my own tests and experiments I’m now convinced of how Mesh’s properties will help reduce lag and expand creativity and slowly this is becoming known across the grid.

In 2012 there was nothing I would call revolutionary. Well maybe Direct Delivery could be classed as revolutionary, it freed us from magic boxes and gave a more streamlined system (not to mention on going problems for some). Pathfinding was heralded as the next big feature in SL, but I feel it’s only a small step towards what will truly be the next revolutionary feature to come to Second Life.

The Experience Permission System that I have mentioned all through 2012.

For those who haven’t been keeping up with SL history, when Rod Humble (Rodvik) arrived he announced near he end of 2011 a project to create tools that allowed more simplified interactivity to be had in Second Life. As an example Linden Realms was announced and I was very impressed with what was experienced. Being auto teleported, having a HUD appear automatically, being killed and teleported to a respawn point. Stepping into a bog and being automatically animated in a slow gooey death! You might read this and think well DUH, isn’t that how things work? Well no.

Second Life has a permissions system in place making sure no one can do things to you that you don’t want. You have to accept an objects request to wear things, be animated or be teleported. These requests appear as a dialogue box with ‘yes’ or ‘no’ buttons that can be lost in the notifications system and definitely will interrupt your immersive experience. These permission requests seemed to be missing at Linden Realms and the resault was a much more engaging natural gaming experience… But how?

Linden Realms uses a new system called the ‘Experience Permission System’ and what it does is request permissions for an experience instead of an object. Each experience has its own code KEY to which you grant permission to be animated, teleported or have things attached. Any object that has this Code Key in its script will automatically be granted your permission as part of the experience. So when you arrive at Linden Realms you somehow grant the Linden Realms experience the permission to teleport you, add a HUD, and animate you. This then allows anything in Linden Realms the same permissions as long as they include the same Code Key you granted perms to. Of course you can also at anytime revoke that experiences permissions if you dont like it…. Still with me? 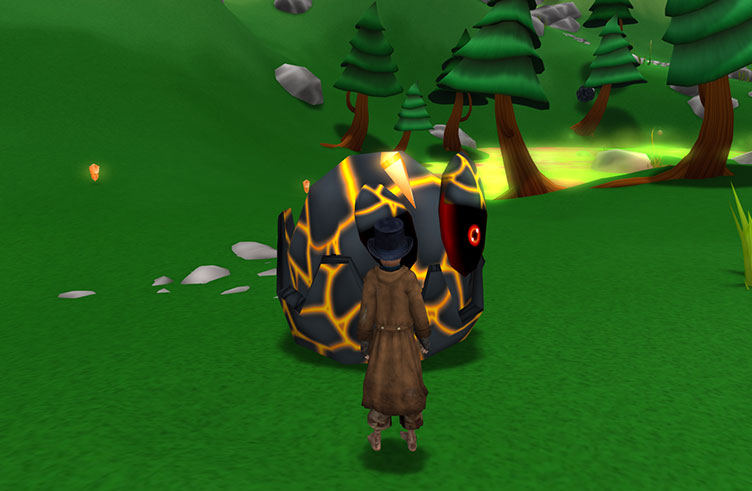 Sounds Simple, so where has the experience permissions system gone?

It appeared to be working fine in Linden Realms so why it’s still not released for the rest of the grid over a year later I still don’t know for sure. I was never part of the secret user group who was helping to develop the Advanced Creator Tools but I managed to find some users who were and get a little info on what’s happend. Apparently they all had to sign NDA’s (Non Disclosure Agreement) and all was going well until suddenly Gez Linden who was running the show left. “They fired Gez, and then closed beta group and Aditi testing just died, then they released it (creator tools) with no permission system in place”.

So in July LL released two parts of the new Advanced Creator Tools ‘Teleport Agent’ and ‘Temporary attach’ with the headline ‘FIRST SET’ of Advanced Creator Tools. At the bottom of the post it stated “It’s important to note that Temporary Attachment is NOT forced attachment. We accomplish Temporary Attachment through our Experience Permissions system requiring an opt-in scenario for the recipient.” And since then, no one has heard anything about the Experience Permission System to the point where i started to wonder if it existed at all.

I tried to find out more from two Lindens i knew, and also asked Oz Linden while at one of his Viewer Meetings. None seemed to have any idea where it was, or simply could not talk about it, ‘First rule about Experience Permissions system, is we dont talk about the experience permissions system’.

Second Life for me is suffering from some odd behaviour, so maybe the Lab is waiting until thats all fixed before releasing the Experience Permissions System. For example there is this odd thing where when you region cross or teleport scripts and avatars seem to arrive at different times causing havoc when an object reacts to wether there is an avatar attached to it. I teleported from Linden Realms back home and instead of the HUD detaching it was still on me long enough for the Experience Permission System to fire off its requests and allowing me a glimpse at how the system works. So it might be that the grid is not yet at a stage the Lab wants it to be when releasing the Experience Permissions System. The lack of word on the subject though is frightfully irritating.

So why is the Experience Permissions system so important?

I made a scary experience called ‘T H E W E L L’. To experience it you had to buy a HUD that would request to auto attach. You had to accept the request by pressing yes in a dialogue box, then you had to walk over to the well and when you got close enough the HUD would rez a new object inside you that triggered a collision effect that would send another request box to teleport down the well (this was to get around the fact Temp Attach HUDS cant be granted permissions to teleport agent, not my rules!). This relied on you seeing and clicking two requests boxes. As easy as that may sound, new people found this difficult. In games you dont get pop up messages to request enter doors or to hit an enemy or to die, IT IS NOT INTUITIVE OF A GAME and wether we like it or not Second Life’s navigation and experience is closer to games than it is to browsing a web page. The Experience Permissions System would do away with needing to accept requests to attach the hud and teleport down the well, it would make the experience so much easier for all to get straight into. Something i hope i will be able to do next halloween in ‘T H E W E L L 2’.

Loki’s head is full of ideas.

The impact the Experience Permissions System would have on my island is something thats driven me giddy, here are just a few ideas i have waiting in my head.

• Monsters can eat you – . By collision you could be eaten by flesh eating plants and animated to gruesome effect.

• NPC Combat – Goblins could fight back and combined with a HUD you could get damage and die being teleported to a respawn point. You could also regain health by eating Sushi.

• Instances – Things like walking on an unstable roof could cause an instance where you are animated falling through it discovering hidden rooms or accidentally activating evil machines.

• Group activated Instances – One avatar trips a wire which activates a trap that animates anyone within 3 metres to be collected in a big net.

• Cut Scenes – Trigger animations that also control your camera view for a more cinematic encounter as part of a story.

• a Map of the island that teleports with a click anywhere on the island or in store.

• Temp Attach Weapons and armour to help you through certain quests.

• Pathfinding NPC’s that can sneak up and tickle you or give wedgies.

Making the experiencing of Second Life more fluid, intuitive and immersive via expanded and simplified interaction is why i believe the Experience Permission System will be the next big revolutionary feature of Second Life. We wont see the true benefits of Pathfinder, Teleport agent or Temp Attach until the Lab super charges them with the Experience Permissions System, hopefully we’ll hear something about it soon.

[UPDATE] – Some people have come to me with the belief that the Experience Permission System is a dead project. I for one stubbornly refuse to believe this and will badger the Lab until they say it is so.