It’s been around for ages, a run down old theatre made with prims and a sprinkle of sculpts. Steeped in historical role-play stories and the stage for many murder mysteries it has in recent years been left to crumble. If it was a real world building it would by now have been listed as a place of historical significance.

So now im finally turning the attention of my new found mesh skills to rebuilding the old theatre and going back to my original ideas to see if time has allowed me to build stuff i could not back in 2006. 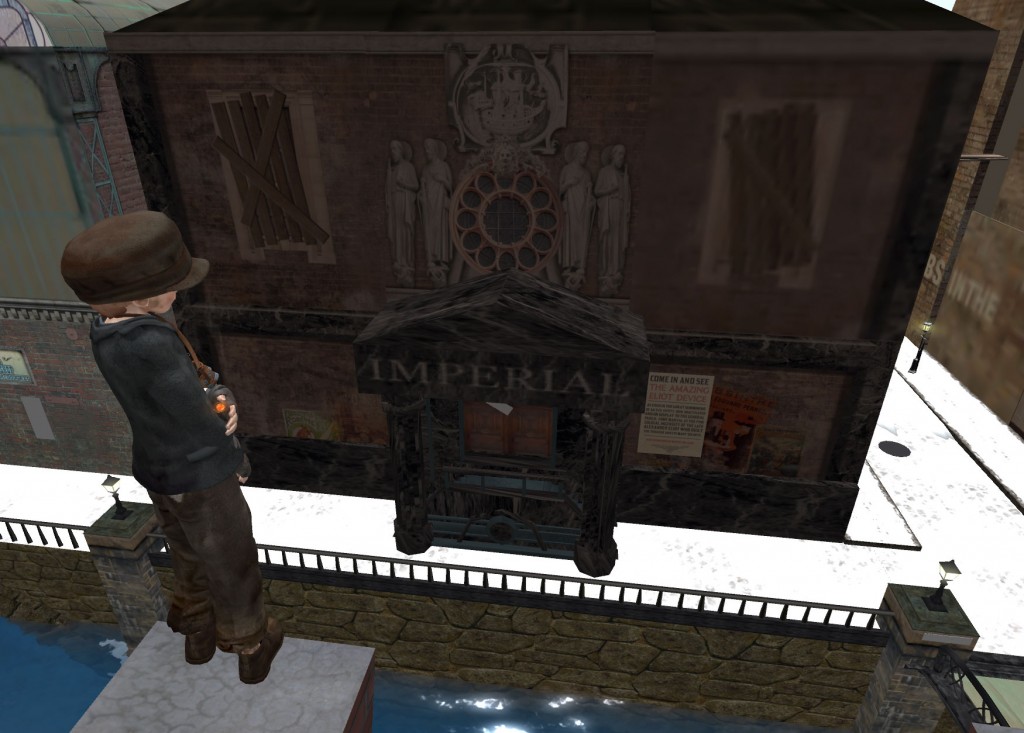 With the benefits of Mesh i maybe able to save on Land impact, currently the theatre is about 95 Li but that does not include the beds in the attic. Making savings on bunk beds will have to be done after the new theatre is built and of course the amount of extra ‘STUFF’ i can put on the plot depends on how much land impact is used at the end of the day.

Overall efficiency for the region is a certainty, by Mesh’s very nature it should relieve Babbage Square of some display cost load. Currently the Theatre has a whopping 65540 Display cost, 70 Download cost and 81 server cost. It will be interesting to see whats calculated for the new mesh theatre.

Which this project im interested in using better UV mapping techniques where by you can edit the UV mapping in such a way that you can use the same area of a texture to display in different parts of the Mesh thus recycling parts of a texture for grater detail.

Something i am having to think about though is how much physical detail to use on the building. I’m aware that there is a project underway to add materials lighting  effects to Second Life. What this would mean is i could create a flat surface on a wall saving display cost on the amount of detail used to display the mesh detail. I then use materials lighting feature to give the impression of fine detail using types of texture called Normal and Specular Maps. So i am considering building with this new feature addition in mind, but the way things seem to work, i’ll probably be only just adding Specular maps to the theatre december 2013.

So here we go, first things first, getting measurements … never used to do this, but since working in blender you can’t build to fit in SL by eye site i have to take measurements to reproduce in blender. How times have changed.