The plot of land next to was being looked at by many people but never bought so i eventually decided i would rent it as well as my current island and built a long bridge between the two. This new island would go with the theme Steampunk. Steampunk is a fantasy genre that is picking up alot more interest these days. The idea is if victorians had better knowlage of science would they crate space ships run on steam. 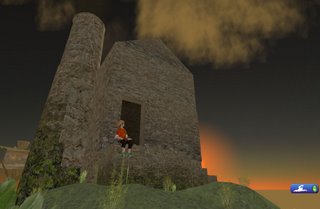 So i made a giant steam castle at first on top the hill but it slowed everything down and used to many prims. So i scrapped that and settled with an old chimney mine house where my labratory is and designer table. 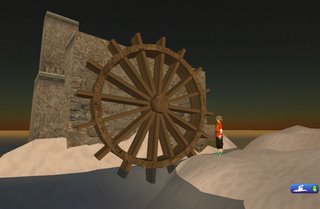 At the bottom of the hill is an old water mill with rotating wheel. Inside ive furnished it with comfy chairs, fire and bottle of absinthe mmmmmmmm…. 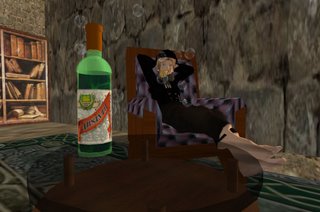 On the beach is an open air cinema for my Goonie friends to watch films on. Also hope in the future to make a loki express train that will go around the island. 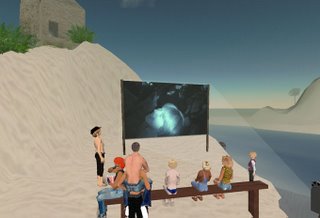